By Jing Peng and Jigang Li

Background: The phytohormone abscisic acid (ABA) rapidly accumulates in response to environmental stresses such as drought, and plays important roles in plant adaptation to these stresses. Binding of ABA by ABA receptors triggers a signaling cascade that modulates the expression of ABA-responsive genes, and the transcription factor ABA INSENSITIVE5 (ABI5) plays an important role in mediating ABA-regulated gene expression. Although plants are subjected to darkness at night under natural conditions and their roots mostly grow in the dark, the mechanisms behind ABA signaling in the dark remains largely obscure. CONSTITUTIVELY PHOTOMORPHOGENIC1 (COP1) is a well-characterized E3 ubiquitin ligase, and cop1 mutant seedlings grown in the dark develop a phenotype resembling wild-type seedlings grown in the light, indicating that COP1 is a central repressor of seedling photomorphogenic development in darkness.

Question: Is COP1 involved in regulating ABA signaling in the dark?

Findings: We discovered that COP1 is a positive regulator of ABA signaling during Arabidopsis seedling growth in the dark. ABI5 protein accumulates to lower levels in dark-grown cop1 seedlings, while overexpression of ABI5 rescued the ABA-hyposensitive phenotype of cop1 seedlings, indicating that COP1 positively regulates ABA signaling in darkness by mediating ABA-induced ABI5 accumulation. We further show that COP1 physically interacts with ABA-hypersensitive DCAF1 (ABD1), a substrate receptor of the CUL4-DDB1 E3 ligase targeting ABI5 for degradation. In addition, COP1 directly ubiquitinates ABD1 in vitro, and negatively regulates ABD1 protein abundance in vivo in the dark but not in the light. Therefore, COP1 promotes ABI5 protein stability post-translationally in darkness by destabilizing ABD1 in response to ABA. Interestingly, we reveal that ABA induces the nuclear accumulation of COP1 in darkness, thus enhancing its activity in propagating the ABA signal. Finally, we conclude that wild-type seedlings grown in the light are more resistant to ABA than those grown in the dark, indicating that plants adjust their ABA signaling mechanisms according to their light environment.

Next steps: We aim to elucidate the molecular mechanism underlying ABA induction of COP1 nuclear accumulation in the dark. In addition, we are interested in investigating the roles of photoreceptors in regulating ABA signaling in response to light. 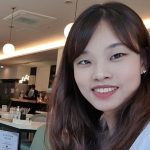 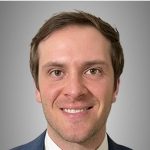