(This press release has been translated from the original)

In the evolution of plants, the production of vascular organizations is a major event. Vascular plants provide structural support and water transport to stems by producing xylem vessels, thickening secondary cell walls, and programmed cell death at maturity. Stem sap retention is an important trait of crops and is closely related to the development of xylem. Previous studies have found that specific NAC transcription factors exist in Arabidopsis and Physcomitrella sinensis to regulate xylem development and regulate plant tissue water transport. However, due to the fact that the stalk-holding phenotype has not been widely recognized, there are few reports on the selection and regulation of stalk-holding genes in crop domestication. Sweet sorghum is a variant of common sorghum. The stalk holding property is a typical characteristic of sweet sorghum, which directly affects the sugar content, total biomass and stress resistance of stems. It has been recognized for more than 100 years, but its regulatory genes have not been cloned. The molecular mechanism has always been a mystery.

The Jinghaichun Research Group of the Institute of Botany, Chinese Academy of Sciences identified the Dry gene controlling the stalk holding of sweet sorghum by genome-wide association analysis and map cloning . The researchers found that the gene encodes a plant-specific NAC transcription factor, and its functional loss is an important reason for the sap of sweet sorghum stems; this gene was selected during the origin and domestication of sweet sorghum. Population genomics analysis showed that the Dry gene was acclimated from wild sorghum to cultivated juiceless sorghum and suffered from bottleneck effect, which led to a decrease in genetic polymorphism. Screening of dry mutants was a key step in the selection of sweet and sorghum.

This study first revealed the role of NAC transcription factors in stem water transport in monocots. The conservation of this gene in the grass family of crops helps to promote the genetic improvement of the stalk-holding phenotype of crops, and provides the possibility of obtaining “double harvest” of grain and straw for crop breeding.

The result was published online in the international academic journal Plant Cell on October 11th and was highly praised by journal reviewers. At the same time, the results were reported by the American Society of Plant Biologists entitled A crucial gene controls stem juiciness in sorghum and beyond . The report quoted Dr. Thomas Juenger of the University of Texas as a major finding of the sweet sorghum signature gene, an example of a combination of genetic maps, natural variation and transgenic means to understand key genetic factors in important domestication events. 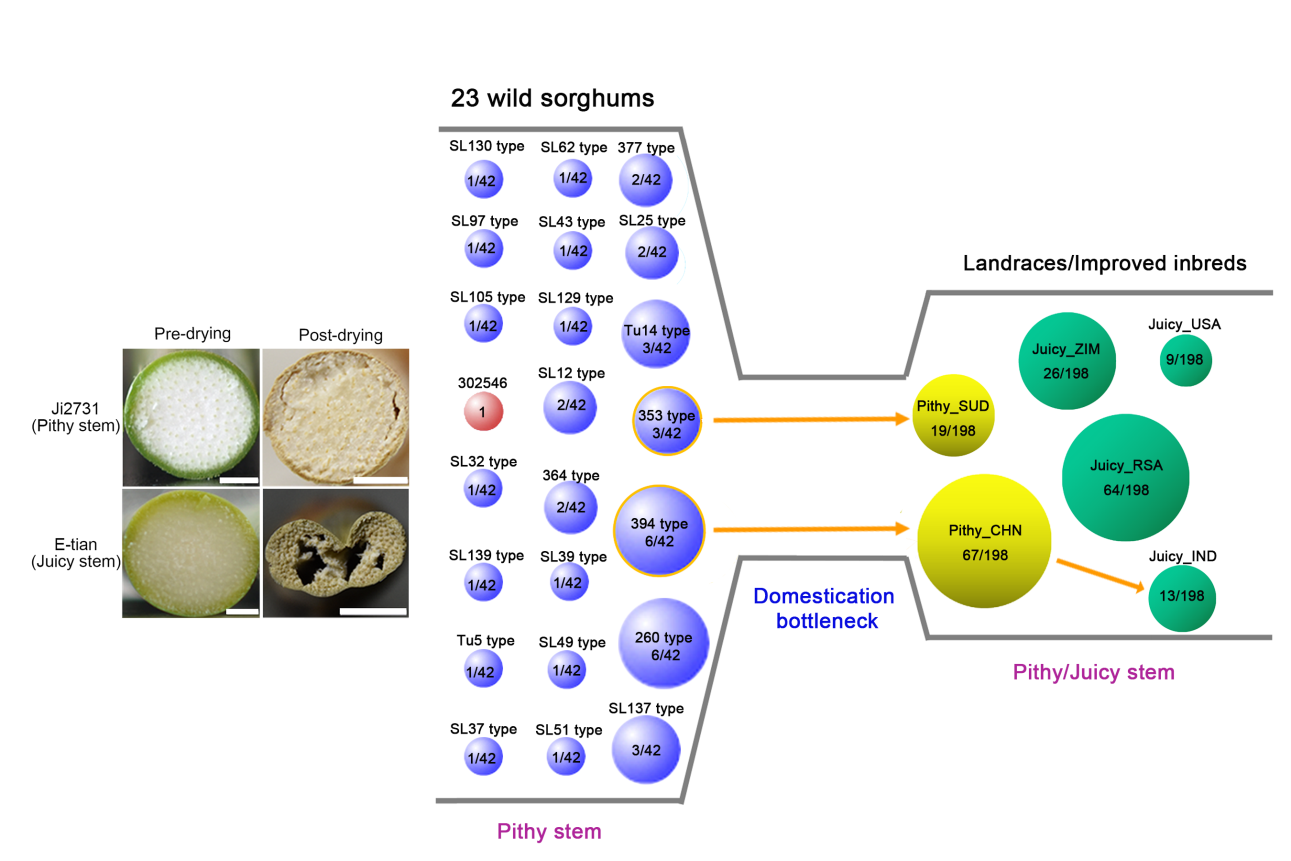 A crucial gene controls stem juiciness in sorghum and beyond