Brief bio: My passionate curiosity for plants motivated me to become a plant scientist. After obtaining my BSc degree in horticulture at Huazhong Agriculture University, I continued with an MSc study at the same university, where I focused on improving the processing quality of potatoes using biotechnology. During this time, I became interested in the concept of bio-based economy (BBE) and understood the prominent role of renewable biomass in realizing a robust bio-based circular economy. Hence, for my Ph.D. study, I moved to the Netherlands and joined the BBE group in the laboratory of Plant Breeding at Wageningen University & Research. My Ph.D. project was centered on grasping starch biogenesis and producing novel starches with certain desired characteristics in potato for industrial applications. In 2017, following my interest in BBE, I started my postdoctoral research on plant cell wall with Dr. Gea Guerriero at Luxembourg Institute of Science and Technology in the Plant Biotechnologies research group led by Dr. Jean-Francois Hausman. On one hand, I am studying plant fiber development in stinging nettle in the context of a project funded by The Fonds National de la Recherche Luxembourg (FNR), with the goal of valorizing this neglected plant and diversifying the current fiber market. On the other hand, I aim at elucidating the cell wall-related mechanisms allowing resurrection plants withstand drought, in the framework of another project funded jointly by FNR and DFG. Increasing our understanding on this fascinating mechanism can inspire strategies for producing drought-tolerant crops, as well as smart materials capable of changing shape in response to the environment.

Balancing growth and defense in the shade 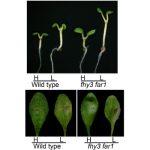 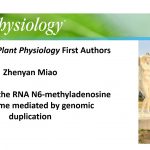