Non-scientific Interests: Playing with my kids and spending time with my family. Soccer and jazz.

Brief bio: During my undergraduate studies I became interested in Molecular Biology of Plants and I had the opportunity to join the laboratory of Dr. Rui M. Tavares and Dr. Herlânder Azevedo where I gave my first steps in science being part of a research project focus in abiotic stress and using Arabidopsis as plant model. In 2007 I start my PhD in University of Minho and I was part of a study that uncovers SUD1 as a regulator of HMGR activity in the plant isoprenoid biosynthetic pathway. This work contributed to the identification of common elements but mechanistic differences in HMGR regulation between plants, yeast and animals. In 2013, I join the Dr. Miguel Angel Botella’s lab at the University of Málaga as Postdoctoral researcher, and we reveal that TTL proteins, originally identified to have a role in salt tolerance, function as positive regulators of BR signaling, likely by bringing together bringing together cytoplasmic and plasma membrane BR-signaling components. I’m currently interested in study the involvement of TTL proteins in other pathways besides BR signaling and their role in coordinating the cross talk of BR signaling and abiotic stress responses. 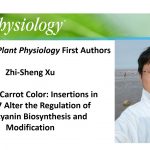 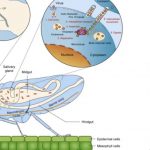