Tang et al. explore the molecular basis of cambium development at the post-transcriptional level in Populus.

Background: Vascular cambial cell proliferation and maintenance are critical to the continuous radial growth of woody plants. The molecular mechanism underlying the regulation of cambial activity at the post-transcriptional level is far from being understood. We previously identified a module consisting of one activator (PagC3H17) and one repressor (PagMYB199) of cambial activity in poplar. Through RNA-Seq, we screened a significantly differentially expressed gene, PagDA1, which encodes the ortholog of the ubiquitin receptor AtDA1 in Arabidopsis thaliana that restricts cell proliferation through ubiquitin-mediated protein degradation during seed size control and organ growth.

Question: We wanted to know whether PagDA1 is involved in regulating cambial cell division and, if so, to identify the substrate(s) targeted by PagDA1 and to understand how this PagDA1–substrate(s) complex is activated during vascular cambium development in Populus.

Findings: We demonstrated that PagDA1 is a repressor of cambium development by analyzing overexpression transgenic plants and da1 mutants created by the CRISPR-Cas9 system. PagDA1 also interacted with WUSCHEL-related HOMEOBOX4 (WOX4), a key transcription factor involved in regulating cambial activity, and functioned antagonistically with this protein in cambium development. We further established that PagDA1 could destabilize PagWOX4 through the 26S proteasome. Moreover, genetic analysis suggested that the modulation of PagWOX4 stability relied on the ubiquitination status of PagDA1 mediated by an E3 ubiquitin ligase PagDA2. Therefore, we revealed a cambial regulatory protein complex, PagDA1-PagWOX4, and showed how this complex exerts its effect on cambium development at the protein level in Populus.

Next steps: This study uncovered a ubiquitin-related pathway that regulates cambial activity through modulating WOX4 turnover in Populus. Further analyses will be carried out to uncover the specific E3 ligase that directly ubiquitinylates WOX4 and mediates its degradation during cambium development. Moreover, gene-editing targeted to DA1-related genes will be important for future breeding of trees with augmented growth. 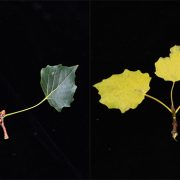 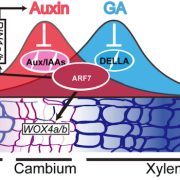 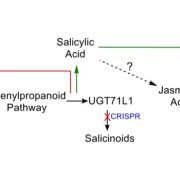 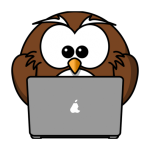 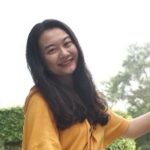